How Processing Plants can Prepare for the Workforce of Tomorrow

The aging process industry workforce is a topic of consistent concern among our clients. It’s true, today’s modern, increasingly digitized process plant sector faces a daunting challenge, brought on by demographic changes. Baby boomers – those born in the post-World War II years and who tended to stay in their chosen jobs for several decades – are retiring, and 20- and 30-somethings millennial employees are, in fewer numbers, coming in to replace them.

In European countries with extremely low birth rates, young people are, statistically, fewer and far between. To compound the problem, they’re entering the workforce only after years of higher education. According to UN population projections, this dilemma will only intensify as the 15- to 19-year-old age group is set to shrink by a full seven percent throughout Western Europe. While millennials may be more technology-fluent, they still lack the decades-long experience and knowledge of their elders; this was a prominent theme discussed at the World Economic Forum in Davos, where Precognize’s CEO, Chen Linchevski participated. To prevent detrimental knowledge gaps, managers need to scramble to retain and institutionalize the knowledge sets of retirees.

The processing industry feels the pain particularly acutely, being a relatively traditional sector with a high percentage of baby-boomer employees. While some companies have attempted to incentivize older people to continue working, that is a less sustainable approach as each year, and old age, march on.

As a company founded on the idea of synthesizing the best of AI (artificial intelligence) and HI (human intelligence) to achieve optimal productivity and effectiveness, we have a technical fix that could be an important part of the solution. The company’s patented modeling technology, which enables our wider system of predictive monitoring, facilitates the transfer of knowledge from individual employees to the company as a whole. That means that anyone coming in, at any age and with any skill set, has access to knowledge sets left behind by retirees, right at their fingertips.

The gig economy as the new norm

Such a tool is valuable for today’s constantly evolving workforce, comprised of employees from vastly different backgrounds. Unlike the baby boomers who often acquired intimate knowledge of a processing plant, as well as a high sense of loyalty, over a lifetime of employment climbing the same corporate ladder, the newer, more globalized workforce sees the “office” with much more fluidity.

This is in part because the job security that was the standard in their parents’ generation of the 1990s, has not been the case for millenials. In a volatile, disruption-based economy, many of the new workers are contracted, rather than salaried, and as such have different requirements and expectations for collaborating, communicating, and working in both remote and in-person settings.

The promise of “upskilling”

According to a survey by the Deloitte European Workforce report, millennials “place more value on competent leadership and clearly defined responsibilities and goals” than their elders, as well as “the possibility to broaden skills.” Of course, this attitude shows there is massive, untapped potential because young people fully expect to acquire new skills as the job itself changes. But why limit the skills-broadening to millenials? Older workers — and their employers — can benefit equally well by acquiring new tools to do their jobs.

As one method for preventing labor shortages, managers can proactively offer employees of all ages and experience levels the means for acquiring new skills, offering internal avenues for advancement.

This so-called “upskilling” — i.e. shifting workers’ skill sets in order to match the needs of the increasingly digitized environment — has been shown to have the added bonus of increasing feelings of employee satisfaction in their work.

New roles, too, for business leaders

With these new dynamics in play, business leaders are still in catch-up mode. Unlike in the past, when they were mostly concerned with shareholders, they have recently become increasingly aware of their responsibility to their employees. In the short-term, they will need to help an employee feel valued. But the long-term value will be for businesses themselves. If they are able to avoid the highly-skilled labor shortages that are affecting virtually every industry, leaders both in tech companies as well as the less “sexy” fields like processing have a way forward.

Because AI offers enormous promise to reduce or eliminate repetitive tasks and provide employees with high-level data analytics, it can also free up highly-skilled employees for higher-level decisions and new ways of expressing creativity and innovation. That allows for a balance between a digitized and person-focused workplace dynamics, which can, in turn, attract the right talent. Such a system ensures that sophisticated technology will run smoothly and under the watch of human employees.

It also allows AI (artificial intelligence) and HI (human intelligence) to work in tandem, something exemplified by the symbiotic relationship between processing plant workers and Precognize’s predictive monitoring systems, which allows all actors to react appropriately to the ebbs and flows of a complex workplace.

The new generation’s shared fate with technology is ultimately cause for optimism. Higher levels of efficiency await if leaders on the institutional level exhibit willingness to adopt and leverage digital tech — from artificial intelligence to data analytics to robotics. A study by Accenture found that some 60 percent of executives in the chemical industry were ready to make that leap, even if they’re meeting resistance in the adoption phase.

With that modest progress, we predict a growing need for solutions like Precognize’s plant modelling. It could contribute to a greater retention of both employees and their knowledge, and a win-win scenario for both the companies and the communities in which they’re located and are serving.

To learn more schedule a demo

Why does the process industry need a fitted predictive maintenance solution?

There are so many predictive maintenance solutions out there. How can you… 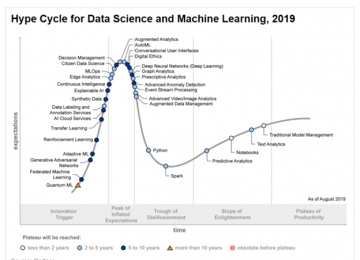 When it comes to enhancing value in process plants, increasing production has… 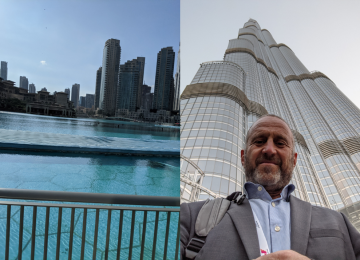 Precognize takes its first steps in the United Arab Emirates

As CEO of Precognize, I’ve just returned from my first, but definitely…